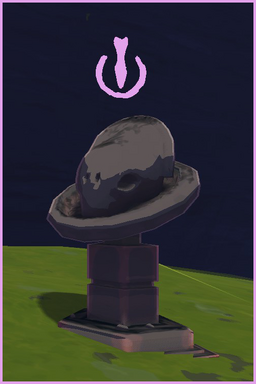 The Shrine of Combat is one of the Shrines in Risk of Rain 2. It resembles an alien head on a plate. Upon activation, it will always spawn a group of a Monster found on the current Environment.

Completing three of these in the same stage will complete the Warmonger challenge, unlocking the