Shrine of the Mountain 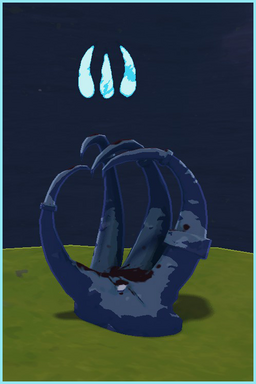 The Shrine of the Mountain is one of the Shrines in Risk of Rain 2. Upon activation, the difficulty of the Teleporter Event will be increased by the spawn of additional bosses and/or by turning bosses into elite versions of themselves. In counterpart, upon defeating all the bosses the players will be rewarded with an additional copy of each item dropped by the Teleporter.

Activating multiple Shrines of the Mountain will increase the boss difficulty further but will also reward the players with even more items. The number of items dropped by the teleporter is equal to number of players * (1 + number of activated shrines).

All the items rewarded are the same. However, if a boss can drop Boss Items, some rewards may be replaced by a boss item instead.